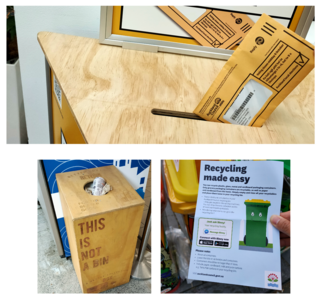 Sign this petition, to exercise your rights under Section 29 and 30 of the Local Electoral Act 2001, to demand a change in our voting system from FPP to stop "wasted" votes.

Our Auckland local elections currently use the First Past the Post (FPP) voting system. If the candidate we vote for doesn't make the threshold, our votes are "wasted". There is a modern alternative. The Single Transferable Vote (STV) system will allow us the freedom of choice to rank our candidates and recycle our "wasted" votes. When our votes are guaranteed to count like this, it shows more respect to our individual sovereignty and needs, rather than forcing us to vote under the duress of the fear of "wasted" votes "vote-splitting".

At least 1,863 voters wasted their vote when they voted for me in the Waitematā Local Board elections this year, under the current voting system (FPP). My favorite local board candidate would have been voted in if those 1,863 "wasted" votes would have been recycled under STV for him. I didn't know such an awesome fellow was running until I was already nominated, and I continued to run partly because there was a possibility that we could both be elected, and partly so I could speak up and illustrate with a poignant lived experience that the ability to recycle votes does matter in practice and not just in theory. Under FPP, neither of us two made the voting threshold. We wasted at least 9,139 votes - that's 10,000 people who spent at least an hour on this, 10,000 total work-hours of people doing their civic duty, wasted....

That's a problem for all FPP democracies, but there is a local solution already ready for us if you want to choose it! Under Section 29[1] and 30[2] of the Local Electoral Act 2001, if I present Auckland Council with signatures with names and addresses of 5% of all Auckland enrolled voters, then they are forced by central government legislation to hold a vote on changing our voting system to, say, STV. STV doesn't have wasted votes like our current one.

Other more progressive cities in New Zealand[3], such as Palmerston North, which I'm proud to originate from, have already had and passed voting system referendums to switch to STV, because it allows better representation and limits the possibility of duopoly party voting blocs just aiming to do the bare minimum to capture the middle vote and play to fears of "wasted" votes. STV allows voters to vote with truth in their hearts for what they truly believe is their best choice, safe in the knowledge that that vote will be reused and recycled towards their other choices if it is "wasted". This respects individual sovereignty better than FPP, because voters are less able to be manipulated by fears of vote-wasting.

I would like to bring the wider choices that the residents of these other areas enjoy in their voting system, to Auckland. If you can help me with this, then please sign this petition with your name and electoral enrolment address in the Auckland region.

I will not use your name or address for any other purpose other than Section 29 of the Local Electoral Act 2001. It is illegal under New Zealand law (the Privacy Act) for me to do anything else with your personal information except this.

So please vote, for better voting!