Raise the Youth Justice age to 21 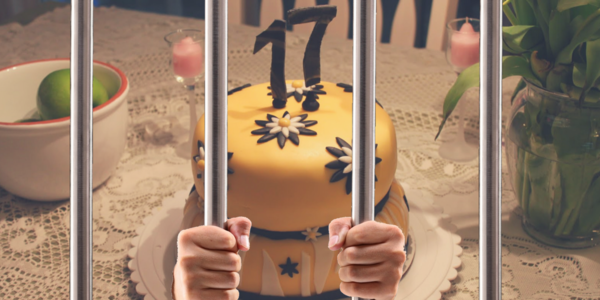 We need to raise the age of Youth Justice to 21.

Some young people need more support to become flourishing adults. The Government has recognised this by raising the age of state care to 21. We need to do the same for our youth justice system. Far too often we are talking about the same young people.

We are processing 17-21 year olds through the adult criminal justice system. Instead of rehabilitating, it's leaving young people likely to continue offending - causing more victims and more harm.

Our world-renowned youth justice system is excellent at getting young people on the right track while giving victims a say in the process.

Instead of channelling young New Zealanders into a system we know makes them more likely to re-offend, let's get them into a system we know works by including under 21 year olds in our youth justice system. Let's invest at the right end of the system so that we don't need extra prison beds.

Update: In December 2016, the Government announced that they would raise the age of access to the Youth Justice system to 18 years, this means that most 17 year olds in New Zealand who are charged with a crime in New Zealand will be able to access a justice system designed specifically for young people.

This is a great progress towards our goal! Thank you for your support so far, and we hope you'll continue to support this campaign to reach our ultimate goal of all young people in New Zealand being dealt with in our specialist youth courts.

Our Youth Justice system is praised around the world. Every year scholars and practitioners come to New Zealand to watch us in action. But as soon as a child turns 17, they're processed through the adult criminal justice system where 91% of under 20s are reconvicted within 2 years after release.

Young people need support to help them learn from their mistakes while still holding them accountable to their victims and communities. The adult justice system blindly punishes with no solutions for stopping future harm.

Our youth justice system, currently available to 14-16 year olds gets young people on the right track while giving victims a say in the process.

We need to raise the age of the youth justice system to 21.

You can find out more here: http://justspeak.org.nz/including-17-year-olds-youth-justice-system-facts/