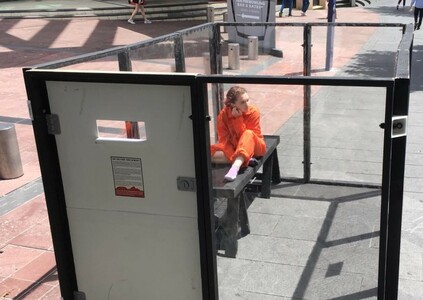 People Against Prisons Aotearoa calls on New Zealand Parliament to end all forms of solitary confinement in New Zealand prisons.

Solitary confinement can have serious long-lasting and detrimental effects on prisoners' mental and physical health. Physiological effects of solitary can include insomnia, migraines, heart and intestinal problems and the worsening of existing health conditions. It can also have severe psychological effects, including anxiety, depression, anger and psychotic rage, paranoia, psychosis, hallucinations, and increased suicidality [5]. Almost every year a person in a New Zealand prison takes their own life in a solitary confinement cell [6].

Solitary confinement must be brought to an end. It does not keep anyone safe. People who experience it are more likely to harm themselves and, when they get out of solitary, more likely to use violence against others [13]. Solitary can cause severe pain and suffering that stays with the person long after they’ve been released [14]. There is no good reason to use solitary confinement. Its use must be ended immediately.