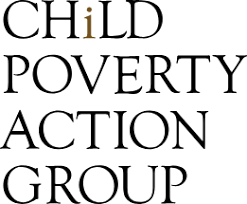 Child Poverty Action Group (CPAG) is an independent charity that strives to achieve the elimination of child poverty in Aotearoa New Zealand. We work to provide evidence about the causes and effects of poverty on children and their families, and to inform the public, policy makers, media and politicians of the changes to policy needed to reduce child poverty. CPAG believes that New Zealand’s high rate of child poverty is due to policy neglect and a flawed ideological emphasis on economic incentives. Through research, CPAG highlights the position of tens of thousands of New Zealand children, and promotes public policies that address the underlying causes of the poverty they live in. Our vision is for an Aotearoa where all children can flourish, free from poverty.