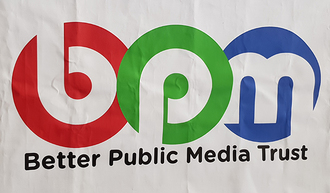 Better broadcasting is about giving people the chance to learn while they relax in front of their television, listen to the radio or surf the internet.

Inform, Educate and Entertain are the three core principles of public service media but entertainment is almost all there is now, and BPM aims to ensure all three are available to New Zealand audiences.

Better broadcasting is not just certain ‘worthy’ genres like documentaries or dramas. It’s all sorts of television and radio including children’s shows, magazine shows, comedy, news, current affairs, sport and gameshows. Even reality television can be better broadcasting – what's important is whether the programme is intended to serve an audience, or serve that audience up to advertisers.